Meeting with Sharlen, coach : boxing is a Sport Therapy 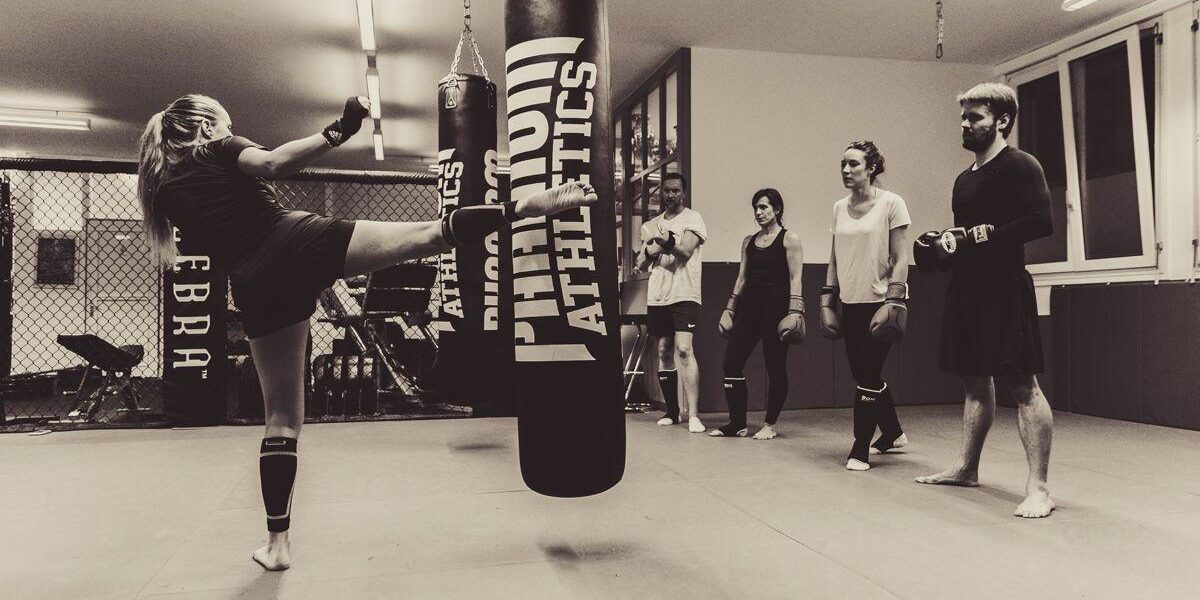 Sharlen, a coach with a focus on boxing and an entrepreneur, talks about the benefits of this demanding discipline, on a physical, mental and psychological level, with often surprising and unexpected results on the personalities of her coachees. A fascinating interview with an inspiring, ultra-dynamic woman for whom boxing is like a real “therapy”.

1. How is boxing different from other sports (such as fitness and running for example)?

Boxing is a very special sport, very demanding both physically and mentally. And that’s what makes this sport so special: the brain works with the legs! When you box, you have to think beforehand about your movements, during your coordination, and afterwards about the good reception of your movements, their amplitude, the placements etc. And this, on a whole body scale. The left brain, associated with logical and rational reasoning, and the right brain, the intuitive part, are both involved in boxing. This requires an enormous concentration, in addition to the very intense physical effort of this discipline (to give you an idea, in boxing you spend between 800 and 1000 calories per hour).

It is because of this “brain-body” duality that you come out of a boxing class completely “rinsed”, exhausted, not only for the purely physical effort as in running for example!

2. You talk about boxing as a “sports therapy”. Can you explain ?

Boxing acts as a release for all of us. Personally, as a hyperactive person, boxing helps me to channel myself, to refocus my emotions and to be more serene and stable. Among my students, some work in very demanding sectors, which require a lot of time investment, in a work climate that is not always optimal. For them, boxing acts as a way to de-stress after a hard day’s work, to go out as “new” and to be able to leave the next day more serene. For all of them, boxing gives a boost in self-confidence, the testimony that we offer to ourselves and that we communicate to others of our ability to surpass ourselves, to leave our comfort zone. And the effects are often felt on a professional level, with increased capacities, optimized concentration and a clear improvement of the “coordination” between our right and left brains.

Boxing is like doing a week of therapy, but condensed into one hour, with effects that are felt in the days that follow.

3. Do your coachees perceive this “therapeutic”/beneficial effect?

Clearly. If they don’t feel it, they give up boxing. In all of them, there is this awareness of what boxing brings them. The first manifestation is that of lack. When I have to cancel a class for example, the students call me to tell me that it is not possible for them not to box this week, because they need it. And again, it’s not just for the physical expenditure, because they can have that with many other sports activities, but for this particular outlet/therapeutic side of boxing.

Not thinking about anything, “exorcising” via boxing has become fundamental for me. Because it is very important for an entrepreneur to be able to empty his mind. I finally found my release. Fanny, CEO Opal

4. Is this “sports therapy” also reinforced by the way boxing is taught?

Exactly, and in several ways I would say. The most understandable one is of course the listening, which is done especially in the private classes where the dialogue with the coached person is easier than in a group. Every class starts with this, in a totally natural way. People tell me what’s going on and what’s not, and then the course is built in a fluid way according to the emotions that have been transmitted to me and that I have managed to capture. In group classes, where the notion of the group takes over, it is up to me to transmit my own positive energy in order to (re)boost everyone! That’s why I do the whole course with the students, in private or in group.

Meditation at the end of each class is also a key element of this “sports therapy”. This return to calm after an intensive practice allows you to completely finish freeing your mind and to return to “real life” in a gentle way.

5. Health, a subject that we deal with at OPAL, requires a set of “good practices” of which sport is a part. Finally, if you had to give us your best advice for staying in shape, what would it be?

First of all: be active, by finding your sport, your practice. And don’t be afraid to try boxing! Not being synchronized and therefore afraid of not being able to link the movements, or the fact of associating boxing with bruises all over the body are false prejudices. And, from experience, once people try boxing, they never give up!
Another tip: don’t start too quickly. All the people who have signed up for my classes 3 times a week end up giving up, either because they are bored or because they have no energy left. Those who start with 1 class, or even increase their classes little by little, remain regular in their practice, which is the key.
Then, when it comes to nutrition, which we talk about all the time, it will follow by itself!

Go to Top
REQUEST A QUOTE
This site uses cookies, by continuing to browse this site, you declare to accept their uses. Learn more