After one year of the pandemic, what is the psychological impact on the Swiss population? 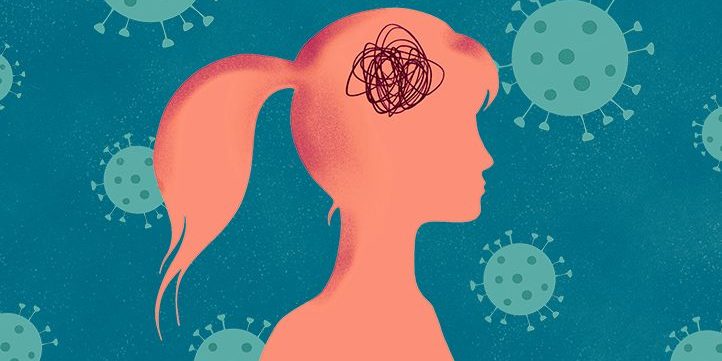 Teleworking, “slow” social life, limitation of leisure activities, distance learning, partial unemployment, with a backdrop of anxiety and uncertainty: how do we react psychologically to all this? This article is an overview of the mental and psychic health of the Swiss population and the point of view of OPAL experts.

Before talking about impact, let’s start by looking at the levers of impact. A recent report by the OFSP details the fears felt by the Swiss population as follows: “fear of uncertainty, fear of infection, fear of losing one’s job, worries about the evolution of the economic situation”, to which can be added the multiplication of tasks to be accomplished at home, all of which have put a strain on psychological health [1]. For young people, “the closure of schools, restrictions on going out, the lack of friendships or uncertain school and professional future” have had a strong impact on their psychological state [2]. OPAL experts also add the fear of not seeing their loved ones again among expatriates, a well-known target group for international health insurance.

Who are the groups at risk?

We are not all “psychologically” equal when faced with the impact of this crisis. Women are indeed more affected than men – largely due to the mental burden they feel and/or experience – people with higher education due to greater awareness of their health, and young people, who are paying a very heavy psychological price in this crisis.

For OPAL’s specialists, expatriates who are by definition far from their loved ones and who have mostly not seen them for more than a year, are also a group at risk.

“Not returning to their home base is experienced by this group of people as a real uprooting, with a very important impact on their psychological health, especially for those who are alone abroad, such as students, or when one of the parents or individuals in a couple works in a country other than the one where their family/spouse lives”, explains one of the members of the OPAL team.

With what impacts on mental health?

With the upheaval of life habits and the mourning of routines, many symptoms appear: irrational acts, obvious behavioral changes, depression, stress, bad moods or emotional disorders, up to post-traumatic stress type symptoms. In young people, eating disorders exacerbated by confinement, a reversal of the sleep-wake rhythm that is difficult to overcome, a deterioration in motor skills or an increase in pain for some young people who are deprived of physiotherapy are also among the symptoms to be noted [3]. At the CHUV, hospitalizations in child psychiatry have increased by 60% between June and September 2020 compared to 2019, clear evidence of this “health debt” paid by young people.

So, is the picture all black?

Fortunately not! The majority of the Swiss population seems to be coping well with the crisis so far and life satisfaction remains high [4]. However, vigilance is required in view of the repercussions that are likely to appear in the weeks or even months following the return to normal life. Psychological and psychiatric follow-up is therefore likely to be more intensive in the long term. The new rule that psychologists are now covered seems to be timely.

The specialists at OPAL, the international insurance company, can already see the effects:

“We have noticed a clear demand from our clients for insurance such as ours, which has covered the care of psychiatrists and psychologists since its creation. For expatriates in particular, for the reasons mentioned above, the possibility of being followed up in their country of residence with full coverage is a follow-up that has become vital for many of them.”

My life as an expatriate: portrait of Laura, French-Swiss living in London for 10 years
October 29, 2020
Go to Top
We use cookies on our website to provide you with a more relevant experience by remembering your preferences and repeat visits. By clicking "Accept" you agree to the use of all cookies.
Cookie setting